A shell is something beautiful, signifying containment, the protective hard outer layer, yet now empty.

Thus is the novel Shell by Kristina Olsson… beautiful, containing history, events, the 1960s in Australia (1960-1966), the building of the Sydney Opera House, conscription of young men sent to Vietnam, protest, sabotage and families torn apart.

Shell has flashing moments of insight, of great beauty that resonates, and brings the reader closer to the main character, Pearl Keogh. Her pain at separation from her brothers, who ran away from an orphanage where they were sent after the death of their mother, goes on and on. She’s lost track of her brothers and searches for them, fearful they’ll be conscripted and sent to Vietnam.

When she eventually finds her two younger brothers,  her pain somehow dissipates. They’ve changed. Their values are far apart and irreconcilable from her own. How does Pearl keep going having achieved the goal of finding her brothers, yet realizing that they are farther apart from her than ever? Her calm acceptance of the profound chasm that has opened up between them seems  implausible.

Pearl has an on and off relationship with Axel Lindquist, a Swedish artist working on glass sculpture for the Sydney Opera House. Their time together, their lovemaking, seems random and unfulfilled. Some of the most powerful writing in Shell is of soliloquys when each of them is delving into the loss, pain, guilt and shame of their individual lives.

Each character seems to live inside her or his own shell. They don’t quite make contact with others, 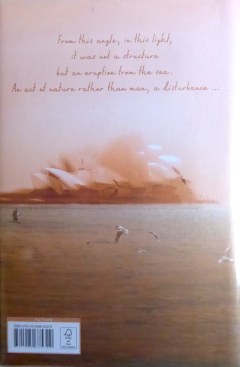 including family members. Letters between Axel and his mother, who is in Sweden, does portray some warmth in their relationship, but it is at a distance.

Considerable time is taken up in the book regarding the process of glassmaking, which could be a metaphor for their lives and the interrupted process of the construction of the Sydney Opera House.

Shell is a book to admire, to turn over in your mind as you would a beautiful shell in your hand and yet wonder what is missing.