Abandoned. That’s how I felt. My title for the novel I am writing about events in my father’s life abandoned me after two years of traveling and living together.

Someone else had grabbed the book title, Life Expectancy, that I thought belonged to me. None other than the best-selling author Dean Koontz.

No choice. I had to start over, searching for a title. 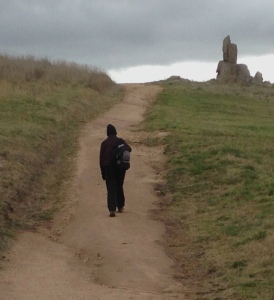 For every possible title for the novel about my father, I did an online search. Those that were recent book titles and/or by well-known authors, I listed as TAKEN, even though it’s not possible to copyright a book title.

(I researched each and every one):

• Round the Bend: TAKEN

• From Here on In

• Down to the Wire: TAKEN

• Piece of the Action: TAKEN

What did I choose?

A Man of the Time

. . . Still not satisfied… without the “right” title, I couldn’t grasp that this writing project continued to exist and belonged to me.

How did you find a title for your novel, short story, poem, creative non fiction?

How important are titles to the writing process?

Your thoughts are most welcome.