What made me return to writing Tracking the Human: nobody’s a long time, a novel about my father? I suspended the search for information about my father almost as soon as I started in 2011 after my mother’s death in Kansas City, Missouri.  I did send out freedom of Information requests, some emails and phone calls. When nothing came up, I gave up. I wasn’t sure I really wanted to find out more.

In 2014, I left Nairobi, Kenya where I had been living off and on since 1998. My partner and I moved back to Canberra, Australia, where he had grown up. I took some writing courses and workshops at the University of Canberra. I published a book of poems and sketches, Silence Spoken (available on www.lulu.com). I was not yet committed to researching and writing about my father’s life. 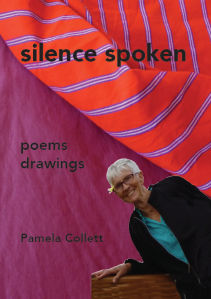 Stuff happens that can push life in a different direction. One day in 2015, browsing through the shelf of DVDs at my local public library, I borrowed Big Fish. After watching the DVD, the ending struck me as if someone had hit me in the face with a really big fish.

At the end of Big Fish, a voiceover says that if a man tells a story over and over again, he becomes that story and therefore becomes immortal. Unlike the protagonist in Big Fish, my father never told ANY of his stories to anyone. Occasional fragments escaped from the edges of a dense fog – so thick that it covered everything in his past.

The film Big Fish jolted me into renewed commitment to research my father’s life. I am groping my way through the fog to find an outline of events that did happen or might have. Many events are based on apocryphal fragments that escaped – like gossip that was overheard but wouldn’t be repeated.

Are you writing about your family? What motivated you to write? What keeps you writing?