Previous to this trip researching about my father’s life for my novel, Tracking the Human: nobody’s a long time, I had never spent time in Oklahoma. Whenever I heard the word “Oklahoma”, I thought of the musical.

Oklahoma! is the first musical written by the well-known team of composer Richard Rodgers and librettist Oscar Hammerstein II. The musical is set in Oklahoma Indian Territory outside the town of Claremore in 1906. The original Broadway production of Oklahoma! opened on March 31, 1943 and was a box-office smash. (source: Wikipedia). 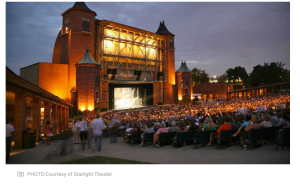 I consider myself tone deaf and have a poor memory for music. But somehow, even after many decades, I can still hear the lyrics of Oklahoma! somewhere inside my head.

The lyrics come bouncing back, instantaneously when anyone mentions the word Oklahoma.

But I only remember the opening lines (above) and the ending

As a child, I never thought much about Oklahoma as being the birthplace of my father, W. Lon Hutchison, and the home of my grandmother, Letha Yates. She was occasionally mentioned and even visited us once in Kansas City. There was never any mention of any grandfather, aunts or uncles.

For me, Oklahoma was a mythic place, based on the musical, much as Kansas is considered by some to be mythical based on the book, The Wizard of Oz.

Having visited a small corner of northeast Oklahoma looking for information about my father and his family, do I think I “know” Oklahoma? Of course not. The words of the musical are indelibly linked in my mind and have not been erased or subsumed by my visit.