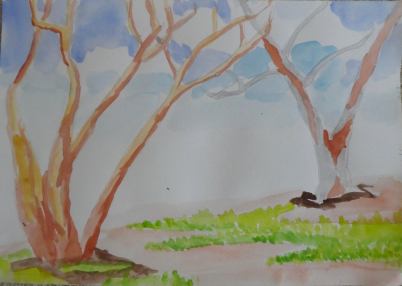 Looking out the window

through the glass sliding door

Clouds moving across the sky

Illuminated by the sun

Blue patches in between

Moving with the wind

Clinging to the side

One wisp drifts away

Dissolving in the blue

One thought on “Clouds and Trees”