I found a new title, or it found me during a poetry festival: Tracking the Human: nobody’s a long time.  Now back to writing a novel based on events in the life of my father, W. Lon Hutchison, from his birth in 1907 in Indian Territory, soon to become the state of Oklahoma, to his death in 1971 in Kansas City, Missouri.

Begin again… my father was a man with many secrets. The legacy of secrecy and revenge goes back to past generations and forward to current and emerging generations.

Where I live in Canberra Australia, every public event begins with respect for elders, (referring to Indigenous peoples in Australia ). We recognize that we are standing on Ngunnawal land and extend our respect to their elders, past present and emerging . Respect for elders is fundamental to the Aboriginal cultures of Australia, extending back at least 65,000 years.

Growing up, I was not able to respect my elders. How is respect established? What about transparency as is often heralded in the shady, sloppy world of politicians? There was no transparency in our family. Not by parents or children. On all sides, hiding and /or lies. My father was hiding his past. My mother was whingeing about lack of love from her mother and disgust for her stepfather. My father said nothing at all about his birth family, even when his sister moved to Kansas City, Missouri and became friends with my mom. 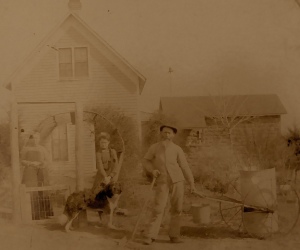 My father was a self-made businessman, although there is really no such thing as self-made… who can make themselves? Impossible. My father’s religion, Christian Science, was about individual discipline. According to Christian Science, There is no life, truth, nor intelligence in matter. All is infinite mind and its infinite manifestation. As a Christian Scientist, a person lives in their mind and the body will follow.

Through fiction I will build respect for my elders, reconcile my family and develop forgiveness. In this blog I will share my search for reconciliation.

Growing up, did you respect your elders? Was that built in to your culture? Did your parents share family stories with you?