Welcome to my blog about the process of writing Tracking the Human: nobody’s a long time, the book I’m working on.

Before I started this process, I assumed that I could live a self-contained life, within the family I had developed. I thought that I did not, could not, relate to my birth family. I was a “self made” person, who had escaped the limitations of middle class life in the suburban Mid West, USA.

The research and writing process has changed me. Reconciliation is possible and even necessary with my birth family, even after death. The focus of the book is my father. My goal is reconciliation with a dead man, my father, W. Lon Hutchison, who died in 1971.

In this blog I will share paths I follow to change the future of my family by plunging into the past. The journey is painful and challenging. 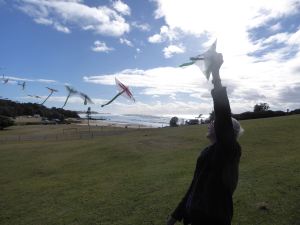 I hope the blog and the book will inspire people to work for reconciliation in their families. Reconciliation is still possible after death. Dive into it. Don’t be afraid of what you might find out about your family. Acceptance and forgiveness is always possible.

I invite you to share stories about writing and working for family reconciliation or books that have inspired you to work for reconciliation.

Thanks for coming along.

Your comments are always welcome!